This event happened in Paris, the capital of France. 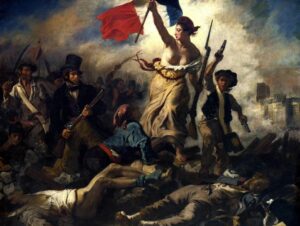 The assailants took the Bastille, a medieval fortress protected by a hundred of soldiers.

The reason why they assaulted the Bastille was because the king made the citizens pay a lot of taxes, and they had no money left to eat.

The assault left 98 dead, 60 wounded and 13 mutilated. The event marked the end of the absolute monarchy regimen.