Midsummer night’s dream is a play written by William Shakespeare in 1595. The play is about Hermia, Lysander, Helena and Demetrius; four lovers that escape from Athenas through the forest. There, they found Oberon and Titania, king and queen of the forest. There is also Puck, a fairy that makes a disaster with a love potion. 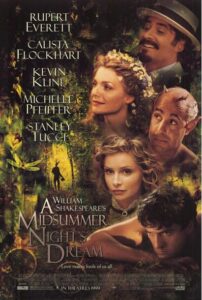 -Hermia: she is the youngest daughter from Egeus and is in love with Lysander. Lysander and Demetrius love her but her father wants her to marry Demetrius but she doesn’t love him.

-Lysander: he loves Hermia and wants to marry her but Egeus prefers Demetrius to marry his daughter, not him. He falls in love to Helena because a love potion.

-Demetrius: he loves Hermia but she doesn’t love him. Egeus wants him to marry his daughter.

-Helena: she is Hernia’s best friend and loves Demetrius. She tells Demetrius that Lysander and Hermia are going to escape through the forest.

-Egeus: he is Hermia’s father and wants her to marry with Demetrius instead of Lysander.

-Theseus: he is the duke of Athenas and is going to marry Hippolita.

-Hippolita: she is the queen of the Amazonas and is going to marry Hippolita.

-Oberon: he is the king of the fairies. He gives a love potion to Titania, so he falls in love with a donkey and gives him a servant.

-Titania: she is the queen of the fairies and falls in love with a donkey because of a love potion.

-Puck: he is an elf that serves Oberon. Because of a mistake, he gives the love potion to the wrong people.

-The craftsmen: they are preparing a play for Theseus’ wedding in the forest and one of them is transformed into a donkey by Puck. 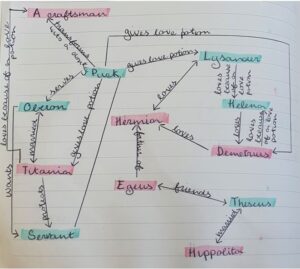 My favourite character is the elf called Puck because it is very funny. He is also the one who gets confused and makes the disaster. 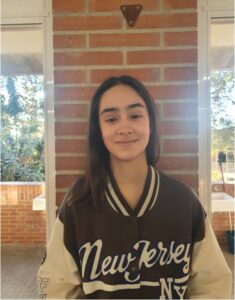